Am I Destined to Be Alone?

Q: Dear Kathryn,
I am a fan of your work.
I’m a single woman in my early thirties and my track record with men has been disastrous. 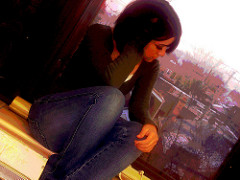 The men I went out with abused me.
In spite of the abuse I received, I stayed because I thought being with someone was better than being alone (I’ve always had issues with abandonment.)
They ended up leaving me in the end. I was never loved.
I discovered your work while surfing Amazon.com. Shortly thereafter, I met a guy who was completely different than my exes. He was attractive, kind, smart and treated me with decorum. I truly thought he was The One.
Then after two years of dating, he left me. Needless to say I was broken-hearted.
What went wrong for me? Am I destined to be alone? I fear opening again only to find a guy, who will leave me yet again.

A: I’m very proud of you that you’ve overcome settling for abusive guys. This is a huge step forward, and I know changing that pattern was not easy. To answer your question:

1) I call your experience a “soulmate benchmark.” It means that you had a breakthrough, and that counts. Even though it didn’t work out, rather than take it as another failure, I consider it a major step in the right direction, so keep going! You are unraveling years of a horrendous pattern, so it might take you a bit longer to get solid with a new one, but you’re doing super well.

2) Abandonment issues fly right out the window once you meet the love of your life, who will never abandon you.

3) Trying to avoid something (like future heartbreak) never works. It’s akin to the philosophy of not wanting anything, because then you won’t get disappointed. It’s best to have a vision of what you want instead and keep that in your heart.

4) You are NOT destined to be alone. The desires of our heart are put there by God, because we GET them. So, love is in your future, but you must consciously choose it. I really hope you will! 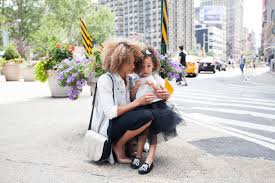 • A recent client who got engaged spent 5 years as a single mom, and her longest relationship had been just 3 months
• She was sure she was unlucky in love and would never have it
• Plus she was ON HER KNEES with the weight of single motherhood plus her fears about love
• It was with great delight that we turned her around, got her more resilient with dating
• Yes, she weathered a couple of bumps in the road but met an amazing guy after 3 months, one far superior to any guy she’d ever dated
• This one stuck, and they are now getting married in a couple of months
• She is SO GLAD nothing ever worked out before, because she says she would never have been this happy with anyone else

So hang in there! You will have this, too. I affirm the best is yet to come!